We commenced the music program in response to the fact that residents not only wanted to listen to music, and the composers, but the historical backdrop, to the influences on the composer and their position in world history and when particular pieces of music were written. They were interested in the world events surrounding these times. The goal is to include residents in the discussions, opinions on the composition and to provide an interactive program of listening to music and discussion.

An example of this program in action is the “Winter Music Festival” held in July, where opera performers from the Joan Sutherland/Richard Bonynge Society performed a selection of musical pieces, while our residents and their families sipped traditional German glühwein. 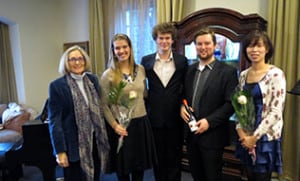